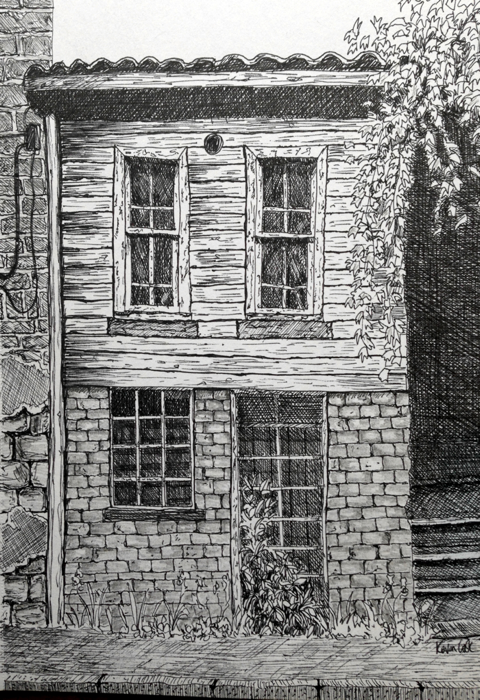 If ever there was a place that catered for the lowest of the low, then this tavern owned by ex Inquisitor of Kammae Straboli, Michael Macchiavelli, would rank as a high contender for that honour, if the word honour could be used to describe anything in such a place. A haven of pirates, gangs and lowlives, it is also a place of clandestine groups and secret societies in which tongues are sharp, eyes furtive and fingers slippery. The Walls of The Snail have ears, they say, and the Slime of The Snail stays forever fresh.

All reptilian customers, kobold and dragonkin alike, are treated with mistrust, although their money is welcome. Machievelli and his hoodlums do not let anything stand in the way of profit.

If you are looking for a bit of illicit trade, a touch of vice, a rendezvous with extortionists or even assassins, then this grimy tavern in the dead centre of the Triolan Quarter would be a good place to start. Entertainment in the place is basic and run by a wizened old bard of Capleon, Mr Tommy Visconti.

There are several private rooms and cubicles in his bar where all manner of clandestine meetings take place and the authorities NEVER visit. Even when they do, Machiavelli always seems forewarned and is able to put on a semi-respectable face, leading most to believe that he has a very special relationship with Triolan Quarter Military Overlord, Vladimir Potemkin