A stern and unfriendly woman of noble dragonblood who zealously maintains her control of the Ghetto by strict discipline and an eagle eye. She dresses plainly, without carrying arms, although it is whispered that she keeps a hidden poison blade within her shoe.

Rosa is the last of a noble house of Dragon-Blooded humans that still works in the position she was given by her distant relative, the previous Sultana. She has sworn allegiance to the Dread Sultan and she does such a good job of keeping the Newcomers’ Ghetto under control, that he is happy to have her remain in her office.

She will usually be found on duty in her offices at the gate of the ghetto, although she usually leaves most of the main paperwork and administration to her officious team of unpleasant Kobaldi and harsh Sekban guards. Occasionally she leaves her office to check papers at random, or to make a judgement if there is some dispute. She is known to sometimes walk around the ghetto with an armed guard, pointing and directing, making instant changes, and fixing broken lights and locks.

All Jambuka within the Ghetto are required to bow low in her presence and there are harsh penalties for infringement. Advice from most of the ghetto inhabitants is “keep out of her way, bow if she passes, and avert your eyes!”

Not too much is known of her history other than the fact that she grew up in a priveledged position in Harkesh and was given the office of Commissioner at an early age. It is said that she also has good rogue skills and knows how to handle herself when things get rough.

It was Rosa Klebb that set up the kangaroo court of the New Foreigners’ Ghetto, as a means to slowing down the assimilation rate into the city, and it was Rosa Klegg who hired Delilah Ali as the chief official. 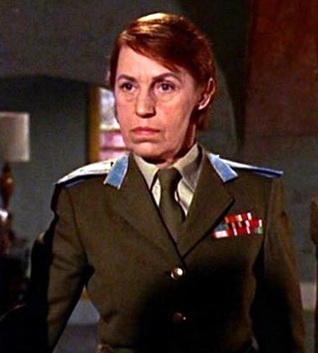