Jack was orphaned when his mum died of the plague and spent his time semi fostered by the fish wives on badside row.
His father was rumoured to be a town guard but he doesnt know which one, his mum was a looker, and the unkind say it could have been any of a number of them.
His sister slipped and drowned in the river so he is an only sibling now (dislikes deep water, particularly when wearing armour)
He has a hankering to be a townguard or an adventurer or even a dragon rider.
As a youth he used to hang around the town guard and became a kind of mascot to the townguard; his keen site even spotting the odd roof runner or house fire.
He is youthful, reckless, friendly, smart mouthed, street smart (sometimes) looking to make a name for himself.
Since his near death experience last week he has become more subdued and has nightmares of graves and reoccurring dream of Nick the necromancer companion the vampiress vicki entombed in undeath
He is taking muck more care of his appearance since their recent adventuring successes;he has a brand new mithral shield, leather hoes, a grey flannel shirt he has had a haircut, bath and manicure.

Friends and Allies:
Millie Vanillie – waitress at The Black Nurian. 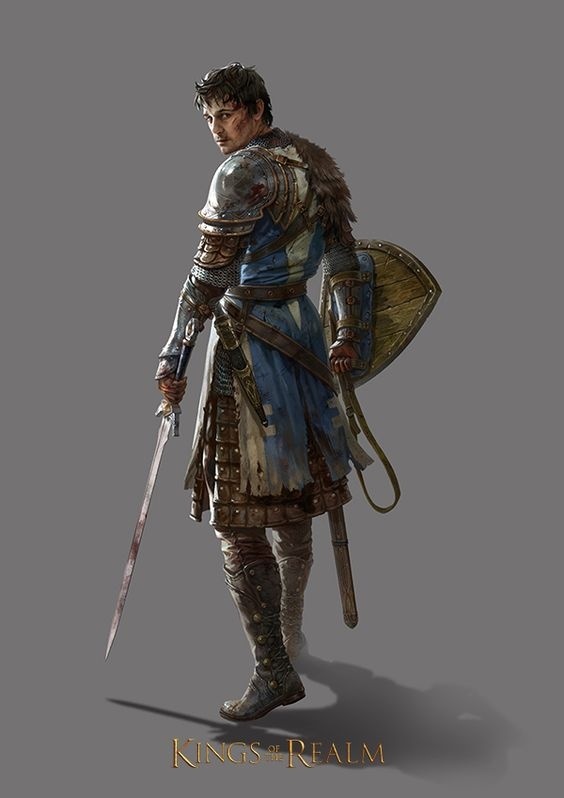