Popular musician and druid of Siwal

There aren't many pointy-eared humanoids in Siwal, so Finrod Halfelven likes to keep a headdress on at all times. Nonetheless, he has been looking good in Siwal for over two hundred years and even the most average city dweller knows that just aint normal. Still, he's a mighty fine lute player, sometimes doing solo spots in Boys R Us. He's also very knowledgeable, friendly with various races from the South, as well as the locals, and …oh, he's also a healer….what's not to like.

Not much is known about the history of Finrod Halfelven. It is known that he definitely came from the North but he has been living in SIWAL for over two hundred years. In Siwal he is on excellent terms with Vizier Akil ibn Khaldun, Abdul Ali Hamsa and Gazal Adara, proprietor of Boys R Us and is a frequent visitor to the Temple of ATEN, where he regularly takes part in healing rituals. He is reknowned for his knowledge of the continent and has been on many excursions to the South, where it is said he has good contacts with some of the weirder races there, particularly the Kijani, the Nkosi and the Tosculi.

Although the locals are usually very suspicious of anyone having any truck with the Tosculi, his musicianship, his loyalty to Aten and his sage-like advice, freely offered, are all enough for people to brush their suspicions under the carpet. Those wise in the ways of the world know that he is also a druid in the Kushite method, thus committed to the containment of the Green Walker, with an unparallelled knowledge of Ley Lines. He does not appear to be aligned with any cults in particular but is thought to be well respected by all of them. He is also on very good terms with Ragged Tooth Ralph and the other gnolls of Siwal. 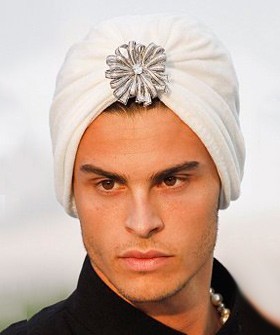