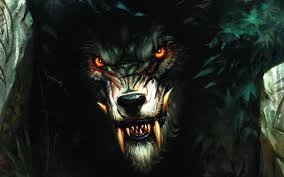 Magical healing is never so exciting as it is in The Old Margreve. While the forest siphons in the magical energy, it also lends its own transformative powers in the form of plant like protrusions from the bodies of all those healed. With twiggy features, Arcael and The Oooze looted the bugbear’s basement and climbed up the tower, killing two more bugbears and three nasty ogres. The bugbears were sliced vertically by Iwandornless Walderin (Iron Wall) and horizontally by the swinging scythe of Balgor and of the ogres, let us just say that Arcael burned one of them to a cinder, Goran inflicted double dagger death on another and the last succumbed to multiple attacks as he reached for his trusty javelins.

Bartiman Greenbough took the lead in the search for griffons, while Truman Click ministered intense healing to the mighty gearforged warrior who strode out in front, climbing ladders and entering every room with his Iron Wall defiantly resisting clockwork shutdown. Near the top of the tower, they found two griffon hatchlings and two cowardly bugbears hiding in a cupboard. In a master stroke of stuational comedy, the party took on the bugbears as serving carriers of the two chicks as they continued on through the forest to the Witch’s Teat Inn. On the way, a mysterious fog engulfed everyone and a lone steed carrying a dying rider reached them. Bartiman took the silver axe gripped tightly in the man’s hand, but when talking wolves entered the scene, demanding that the group leave their prey to them, the group did just that, and hoofed it on to the warm comforting light of the Inn.

With the hatchlings sold and the bugbears freed, the group spent some time relaxing in the bustling tavern. The minotaur played drinking games with the dwarf, Balderneck Gunnacksen, while the druid spoke with an old crone fortune teller, who told him:

“I see choice, catechism, and consequences. You’ll pass through places that were old before iron was born, and iron will avail you little there. Knoweledge of the old ways is better than sword or shield. I’ll say also this: Not all that’s devoured is dead and gone, and when offered a choice, the brave may earn a great reward by saying boldly, “All!”

Goran spent some time watching a strange group of long-fingered men, playing an even stranger game of cards, while most of the others hearkened to the tale of woe of one Hodel Kohler, who told how his daughter, Czerwonya, had been been caught up in the Challenge of The Fang , and age old mythic struggle between humans and wolves. With emotional sobs, he begged the party to help him save his daughter by taking the Paths of the Gamayun and rescuing her from the Would-be-King-of-the-Wolves, offering a FIREBIRD FEATHER as reward.

When Goran returned to the group with a description of how the tarocchi fortune telling cards bore likenesses of each and every member of their party, The Oooze decided it was time to rest for the night and hired a large communal room, resting while two sentries took vigil. Like hobbits in Bree, dreading Nazgul infiltration, they waited anxiously for a highly anticipated event.

“The bugbears were sliced vertically by Iwandornless Walderin (Iron Wall) and horizontally by the swinging scythe of Balgor”
Ouch!!

Together they are working on the prototype version of the monster Nutriblast!

AH, the Quest for Czerwonya begins.

If you go down to the woods today...