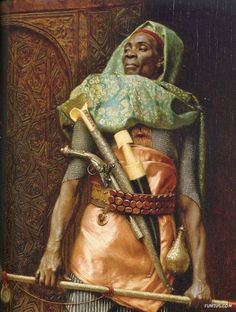 It was around mid-morning, the bazaars were already busy with people and that means pick-pockets, so I had my men deployed mainly to patrol the markets.

I received a report of a sand-storm coming in, but there was no real wind to speak of. I formed a patrol and as I reached the gate I could see it clearly. A spiral of sand and winds some three miles out of town. I could see the smashed remains of a sand-ship breaking up within the body of the storm. The remains of the bow were thrown high into the sky and spun down, shattering upon a rocky outcrop. I felt that nothing could have survived the storm or the impact. I was about to sound a storm alert when it then appeared to change course and moved further into the wastes leaving wreckage scattered in its wake.

A partol of ten, led by myself, mounted camels and headed out to investigate. As we approached the wreckage we could see a small group of five figures that had somehow survived. Two humans, an elf-blood, an N’kosi and a Gearforged, all foreigners and adventurers, all without a scratch. We searched the area and there was no sign of any of the ship’s cargo or crew amongst the wreckage.

Further questioning of the adventurers relating to the crew, in particular the ship’s captain, Asad al Nar. The adventurers stated that they had slain the captain and crew when attacked by the vessel. The djinn bound to the ship transferred command to the gear-forged when Asad was slain and they were discussing how to transfer ownership of the vessel back to Marakesh when a djinn in the form of a storm came and destroyed the ship to free the djinn bound to the ship, a long-lost love apparently.

I found this fanciful tale suspicious and so I questioned the group further, they stated that the pirates had secreted their booty somewhere in the deep desert as there was none on the ship. I found the adventurers did not seem too disappointed about this which leaves me suspicious. However unless some divination magic is utilised I fear we will not learn the truth of this.

Ramon Marakesh appears happy with the outcome stating that both a terrible pirate and the maelstrom will no longer pose a threat to sand-ships plying the deep desert. It would appear that the adventurers have done some good if this is the case Sir, but I remain unconvinced.

Indeed, all is well and the report of Guard-Captain Afiz fits in well with the reality of the WISH that Ramon Marakesh remembers nothing of the earlier ACTUAL events. Captain Rafiq Ubayid has been grumbling in some lowly taverns about how his boss was cheated but he knows better than to speak openly of such things and the only people listening to him are low lives.